Skip to content
HomeBlogbailbondsSentencing Reform and Crime Trends In California

Currently, in California, we are experiencing a small decline in violent crime since 2014 (which was recorded as the year with the fewest crimes reported in the state since the 1960s). While this may appear to be positive news, the rates for specific crimes fluctuate, not to be confused or characterized by all crime as a whole. For example, California has seen an increase in rape and robbery, and violent crime rose by 6% last year in Los Angeles. This indicates certain randomness associated with these crimes that can be difficult to track what motivations exist driving them. Regardless, there has been a big push by the American people and respective lawmakers for a widespread prison and sentencing reform.

By popular vote, California has undergone a mass sentencing reform that is displayed in leniency towards certain offenses as well as the shortening of sentences. Most drug and theft charges are reduced to misdemeanors rather than felonies (which they would have been seen as in the past). This reform intends to reduce the number of non-violent criminals in the prison system by lessening the seriousness of the crime.

“De-criminalizing marijuana alone has kept thousands of Californians out of jail, with other offenses leading closely behind. Shoplifting, grand theft, receiving stolen property, forgery, fraud, and writing bad checks. In terms of the numbers, as long as the total value of the stolen property is under $950, it’s simply a slap on the wrist.” -Mitch McKinley, Law Enforcement Today 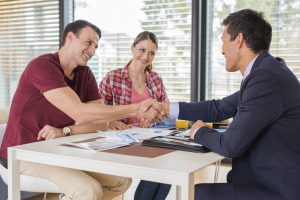 How do these changes affect bail?

For minors, its a blessing and a curse. While a misdemeanor charge is typically an overall positive outcome compared to a felony, this also means that most petty crime will be characterized as a misdemeanor and therefore unable to qualify for the adult sentencing required to post bail. This means that youth will likely be sitting in jail until their arraignment or court date, unable to go home until a decision is reached.

When examining these reforms from a financial perspective, this could mean increased feasibility to post bail singularly, or by working with a bail bonds agency. Here’s why; any case receiving a less serious charge means a reduced asking bail amount. This is extremely helpful in getting loved ones out of jail, quickly and affordably. With the help of a bail bond company, it’s historically never been more affordable than now.

“For too long, our system has allowed the wealthy to purchase their freedom regardless of their risk, while the poor who pose no danger languish in jail,” said Assembly member Rob Bonta, one the lawmakers who introduced the bill, in a statement. (Madison Park, CNN)

Bonta infers that the system in place has become another unjust exercise of a wealth class system in which the poor who can’t afford to post bail (or even work with a bonds agency) suffer the most, compared with wealthy Californians who can pay their way out as soon as they get booked. Luckily, big changes are being made and reform is doing away with the majority of small-scale crime cash bail.

Rather than requiring defendants to pay up for their immediate pre-trial release, their emancipation will hinge on a risk assessment by a court official or a local public agency that can determine the level of the defendant’s risk to public safety. Of course, violent crimes and more serious offenses can expect to be held for bail or until their court date.

Every case is unique and varies greatly on a number of factors. Work with a knowledgeable bail bonds agency to get the best help when you need it. Power Bail Bonds is an established, top-rated bail bonds agency serving over ten locations across Southern California. Contact Us to start the conversation with our exceedingly helpful, working ‘round the clock team members ready to serve you.

COVID-19 Update- To keep you and our staff safe, call or set an appointment at one of our offices near you.

Send In Your Request