If you are under arrest, your first instinct should be to speak to a trusted bail bondsman before paying bail so you can be released from custody. But what happens when a judge denies the freedom to post bail? This can be a stressful experience but with the right know-how, you can navigate your way through this process from start to finish. We advise & guide clients to help them secure bail and get them out of jail fast. But in some cases, a judge will deny bail and remand someone in custody. Here is what you should know about some of the most common reasons a judge might deny bail:

The seriousness of an offense is a major factor in whether the judge in your court case will grant or deny you bail. It is unlikely a judge will grant you bail if you are involved in capital crimes – these are some of the most serious crimes someone could be accused of and include: A judge could set a figure for bail so large that a defendant is unlikely to pay, or they could totally deny bail in cases involving felony charges where there is very strong evidence against a defendant. You may not be able to secure bail if you are charged with an offense that could be served with the maximum punishment available to state prosecutors. However, always speak to a trusted bail bondsman if in doubt.

Clients who may have committed previous offenses, on probation or parole, could find the judge involved in their legal process denying them bail. Someone who has agreed to the terms of their probation or parole and then uses their freedom to commit other offenses would be in violation of that agreement - as they will be seen as unreliable.

3. Failing to appear in court

Granting bail is built on trust and on the assurance that anyone granted bail will appear at their next scheduled court appearance. So, anyone with a history of failing to appear in court will not be trusted by a judge to be granted bail again and could be remanded in custody. Those awaiting trial need to demonstrate responsibility and this includes attending pre-trial court dates. Make sure you avoid this happening by making sure you attend all court hearings.

Anyone thought to be a flight risk could face difficulties when travelling to other states or internationally. A judge could deny bail if they believe a defendant will fail to appear in court or is likely to abscond to avoid prosecution. If evidence is presented to a court which shows releasing an accused person is too risky, that person is then considered a flight risk. An individual who has a history of skipping bail will also be considered a flight risk. 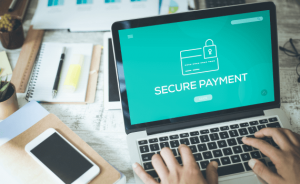 In most cases, international travel is not allowed. Authorities often prevent this to reduce the chance of a defendant skipping bail. In the most serious of cases, a judge setting bail may require the defendant hand over their passport to the court to stop them from leaving the US.

When someone who is charged with committing a crime and is not a US citizen, they could be refused bail. Anyone residing in the US illegally could be denied bail and then held under the custody of Immigration and Customs Enforcement (ICE). The accused could even be deported to their country of origin depending on the offense.

6. Deemed a threat to public safety

The judge has the power to deny bail if a defendant poses a threat to the public safety of others, or to themselves. Very dangerous criminals like serial killers or terrorists are not going to be granted bail as the judge presiding over their case will deem them to be extremely likely to pose a threat to the public. This is done to also protect victims and witnesses. The California Penal Code says in setting, reducing, or denying bail, the judge or magistrate must consider: Public safety is the primary consideration. In considering the seriousness of the offense charged, the judge will consider the impact on the victim and any threats to the victim or witnesses. In making the decision to deny bail, the judge will also examine whether firearms or other deadly weapons were used in the crime as well as and the alleged use or possession of controlled substances by the defendant.

7. Arrest warrant from another jurisdiction

The court can deny bail in your case if another jurisdiction has an active arrest warrant, or a hold on you, or you commit another crime while out on bail. Judges have the power to deny bail completely or even set cash-only bails – A cash bail bond is when the court overseeing your judicial process tells you they will only accept a bond in cash for the full amount of bail.

COVID-19 Update- To keep you and our staff safe, call or set an appointment at one of our offices near you.

Send In Your Request